Watership Down is an adult animated action adventure-drama fantasy thriller miniseries directed by Noam Murro. It is based on the 1972 novel of the same name by Richard Adams and adapted by Tom Bidwell. It was released on 22 December 2018 in the United Kingdom and internationally on Netflix the next day. The BBC broadcast comprised two back-to-back episodes per day.

It is the third visual adaptation of Watership Down, following the 1978 film and the 1999 TV series.

The music video for "Fire on Fire" by Sam Smith was released on 21 December 2018.

Watership Down received generally positive reviews, with praise for the narrative and performances of its voice cast, but receiving criticism for its tone and the quality of the computer animation, described as "soulless" and "clunky". On Rotten Tomatoes, the miniseries has an approval rating of 77% based on reviews from 22 critics, with its critical consensus reading "Though its animation leaves something to be desired, Watership Down is a faithful adaptation that will resonate with viewers of any age." On Metacritic, it has a weighted average score of 76 out of 100 based on 5 critics, indicating "generally favourable reviews".

The Guardian and The Independent both gave it two stars out of five, calling the production "tame, drab and deeply unsatisfying." and "spectacularly ho-hum – less tooth and claw than head shake."

The Times was more positive, giving it three stars out of five, writing "this was a meaty, lovingly made production that, spread over two days, felt far too long." While the New York Times noted that though the adaptation "fails its potential, it benefits from strong voice performances and a solid central story. Even this easy-listening version, which lays on the romance, jokes and limp dialogue, has moments of grandeur and the sweep of a fantasy epic."

Differences from the book[]

Sam Smith - Fire On Fire (From "Watership Down") 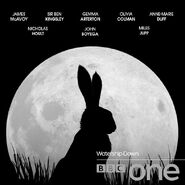