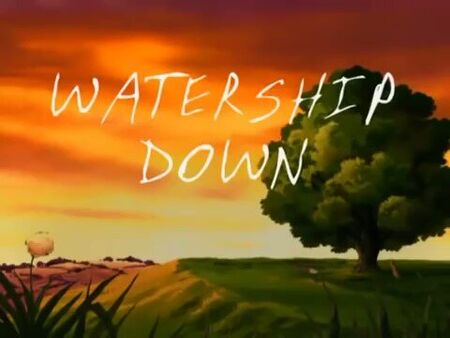 "Hills or Inlé, it's all one to me where you go. You hold your tongue."

-Cowslip when Fiver tells him about Bigwig caught in the snare.

Cowslip was a minor antagonist in Watership Down but the part he played gave an extra adventure to the story. He was a member of the Warren of Snares, and although seems to have some authority, he claims that his warren has no Chief. He is a large rabbit, who is used to good food and safe surroundings. He becomes soft with odd behaviors like the rest of his warren. He was the first to approach Hazel and his group, keeping a deadly secret and refusing to answer questions. When Bigwig gets caught in a snare, Cowslip refuses his assistance and punished Fiver for even talking about it. It becomes obvious that Cowslip has kept their domestication a secret and allowed the Sandelford rabbits to fall victim to the daily snares so that he had that much longer to live. He traded good food and safety for the ways of wild rabbits and freedom from fear.

Captian Holly, Bluebell, and Pimpernel, traveled to Cowslip's warren, looking for Hazel, Fiver, and Bigwig and Cowslip immediately ordered that they be attacked and killed. He and his rabbits attacked, killing Pimpernel and wounding Holly. Holly fought back, planning on killing one of them because of Pimpernel and easily won against the soft Cowslip. To save his own life, Cowslip admitted that Hazel, Fiver, and Bigwig were on the Down. Holly left the cowardly Cowslip with a scratch. In the book his appearance was described as 'princely'. His people were also described as such, all looking similar. They all were orange, and they had smooth fur. Most are rather large, yet they aren't good fighters, because they are fed and protected (and destroyed) by man.

Cowslip is the Chief Rabbit of the Warren of the Shining Wires who is convinced that the local man takes care of the warren and doesn't want the freedom Hazel and his Owsla have, even convinced to the point that El-ahrairah is nothing but a lie. There is some doubt as to whether he is insane or simply evil.

Hazel, Fiver and Bigwig first encounter him when they accompany Captain Holly to recover Pimpernel, an injured Sandleford rabbit left there, only to learn the warren's terrible secret; that Cowslip trades the rabbits' lives for food from the man. Bigwig nearly becomes a victim and the missing rabbit, Pimpernel, was revealed to be a victim. He becomes angered by Hazel's warren when they help a group of his rabbits, led by Hickory and Marigold, escape from his warren, and keeps a grudge against them. In the third season, Cowslip trades his seer, Silverweed, to Woundwort in exchange for the destruction of Redstone Warren where the rabbits that escaped from him settle as a way to get his revenge on them.

Even though Cowslip is a large rabbit, he is not munch of fighter and he is easily defeated by Bigwig. However, as Cowslip himself states, he is "a plotter, not a fighter" and he often uses both sides of conflict for his own gain. Cowslip is also able to easily avoid the snares, as he stays behind to view the open spots and observe others. It's likely that he knows the placement of wires as he comments that he will never be captured while others will be killed. He is intelligent enough to plot the death of Redstone Warren, led by Hickory, even after they had left the Warren of Shining Wires.

Cowslip appears in the miniseries where he is voiced by Rory Kinnear.

Cowslip, along with the rest of the rabbits in his warren, is depicted with a purplish-red coat, rather than orange, as in the book. He is first seen humming to himself, and skipping along, until he sees Hazel and his group. Seeing that they aren't doing well by themselves, he invites them to join his warren. Fiver is skeptical, but all the others, even Hazel, disagree, and follow Cowslip to the warren. Unlike the film, he has the other rabbits of his warren with him to greet the Sandleford rabbits. Later on, he gathers all the rabbits for storytelling. Bluebell (who is part of Hazel's group instead of Holly's, and is the group's storyteller, instead of Dandelion) tells a story of El-Ahrairah, but Cowslip reveals that El-Ahrairah doesn't mean anything to their warren, and that rabbits need dignity, and the will to accept what Frith has decided for them, rather than trickery. Later on, when Bigwig is caught in the snare, he tries to stop the others from going to save him, stating that Frith has decided that it is Bigwig's time, and he would make sure it would be. The group threatens him, and Strawberry demands that he let them leave. They then shove him out of the way. He angrily tells them that they are no safer out there than they are in the warren, and that they'll be dead by sunset. When Bigwig hears of this misdeed, he wants to go back and slay the religious rabbit, but Fiver tells him that all they have to do is leave him there. Strawberry goes with them, leaving Cowslip and his warren behind. He is never seen again after this point.